The Man Who Would Be Vogue

"The Man Who Would Be Vogue" is the first episode of The Assassination of Gianni Versace, the second season of American Crime Story. It was broadcast for the first time on January 17, 2018, marking the premiere of the season.

The murder of Gianni Versace turns the eyes of the world onto Miami Beach.[1]

On the morning of July 15, 1997, fashion designer Gianni Versace is shot and killed outside his Miami Beach mansion by wanted spree killer Andrew Cunanan.

Seven years earlier, Cunanan meets Versace at a gay nightclub in San Francisco and tells his roommates about the encounter the following morning, albeit with most of the details fabricated. Cunanan later attends a performance of Capriccio as Versace's guest and exchanges origin stories with him after the performance.

In the present, Cunanan flees the scene, evading Versace's partner Antonio D'Amico. Versace, meanwhile, is rushed to the hospital and pronounced dead. As local police start to collaborate with the federal authorities, Versace's sister Donatella and brother Santo plan the future of their brother's business empire while Cunanan purchases newspapers covering Versace's death with a remorseless expression. 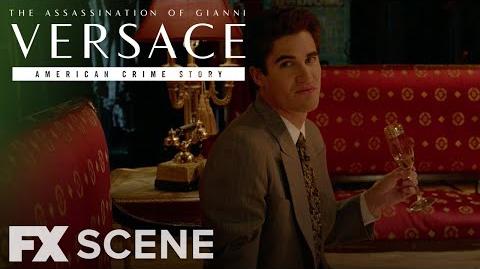 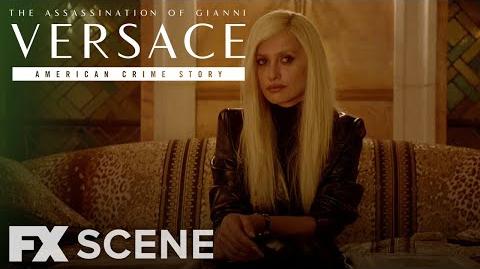 The Assassination of Gianni Versace American Crime Story Season 2 Ep.1 Versace Will Survive FX
Add a photo to this gallery
Retrieved from "https://americancrimestory.fandom.com/wiki/The_Man_Who_Would_Be_Vogue?oldid=4734"
Community content is available under CC-BY-SA unless otherwise noted.